We continue owner Mike Reichners personal “must see” recommendations this week on “what to do while visiting Purple Haze” with 3 more amazing destinations on our beautiful Olympic Peninsula.

Buffalo at the Olympic Game Farm

A visit to Sequim is not complete without a visit to the Olympic Game
Farm. We take all of our out of town visitors there and still, after
all these years, enjoy having our car “slimed” by the bison and elk.
The driving tour is the only way to go and you literally drive through
herds of large land mammals, peacocks, grizzly and black bears, and
much, much more. There is a gift shoppe, a petting zoo, a freshwater
aquarium in addition to all the other animals.
The Game Farm has worked closely with the Walt Disney Company for years providing animals for several of their movies!
Get up close and personal with lions, tigers, wolves and a whole array of other carnivores. 360 683 4295 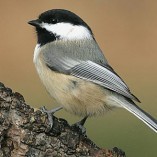 Located smack dab in the middle of the Olympic Discovery Trail,
The Dungeness River Audubon Center is a hub for birding adventures in Sequim.  In addition, it provides the public with interpretive and educational sessions that explore the Dungeness River and the creatures that live within and around it. It’s a great place to take the kids and bike the trail or have a picnic.  You can actually jump on the “trail” from Purple Haze Farm and bike or hike to the Center. It’s only a few miles. 360 681 4076

The Olympic Peninsula is drained by dozens of streams and rivers and
all of them are a stones throw from Sequim. One of my favorites is the
Elwha River, just west of Port Angeles. Folks can walk on what was
previously the basins of two artificial lakes now that the Glines
Canyon and It’s sister structure downriver, the Elwha dam, have been
removed. The last of the two huge dams were removed this past year and
the Elwha River is now returning to it’s historic past with the
presence of the gigantic chinook salmon that it was once known for
back home again.

The Sol Duc River also holds breathtaking runs of both native
steelhead and salmon and at any time during the year has one of these
species residing there. Lots of fishing guides are available on most
of the Peninsula rivers and that is the recommended way of plying
these scenic waters. 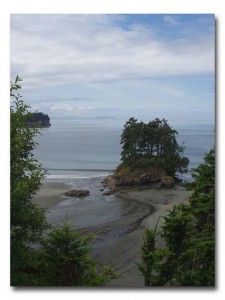 In the little town of Forks (your might remember it from Twilight!), west of Sequim many rivers come together
to form the Quileute River. The Sol Duc, the Calawah, the Bogachiel,
the Dickie, and many more all flow together and empty in the Straits
of Juan de Fuca just east of Forks. Lots and lots of campgrounds and
day use areas punctuate the area with one of our favorites being
Salt Creek which has great tidepools. Just to the east of Salt Creek is Freshwater Bay
with fabulous Chinook fishing.

I could go on and on about the Olympic Peninsula’s rivers but it’s
best to experience them for oneself. Grab a map and head west from
Sequim. In a very short time you’ll be surrounded by them.